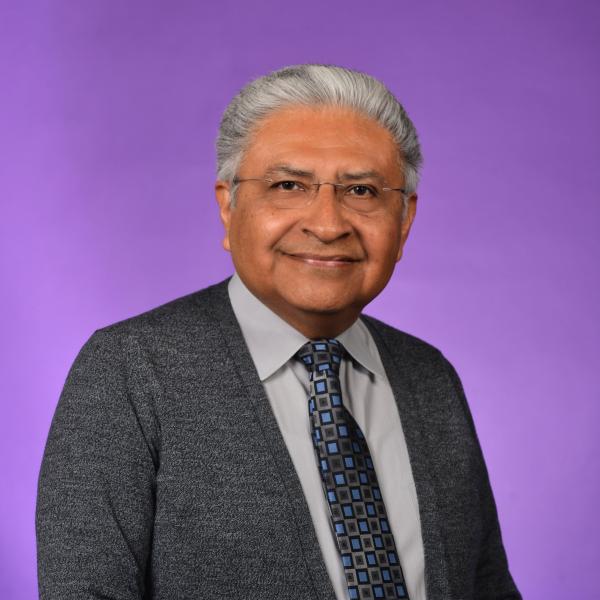 With a heart for serving the Lord and many years of experience in oral and written communication, Professor Canales has much to share with Olivet students. His interests and teaching responsibilities include Latin American culture and civilization, Spanish and Latin American literature, and advanced Spanish.

In addition to his academic responsibilities at Olivet, Professor Canales works collaboratively with the Church of the Nazarene's Centro de Estudios Pastorales/Center for Pastoral Studies (Chicago Central District) and as general editor of "Reflexiones Ministeriales," a pastoral journal sponsored by the Hispanic Ministries Office for U.S. and Canada.

Before joining Olivet's faculty in 2007, he had served in a variety of institutional leadership positions, gaining a wealth of global ministry experience. He has also been the speaker in Latin American countries for many conferences, retreats and workshops on theological education, pastoral ministry and contemporary topics.

He has been appointed to serve (2009-2013) in the Hispanic Strategic Readiness Team (HSRT) for USA Region, and to the USA Regional Course of Study Advisory Committee (RCOSAC) of the Church of the Nazarene. He was also named an honorary member of Sigma Delta Pi, the national collegiate Hispanic honor society, in 2009.

He and his wife, Ada, have two sons, Marcos and Esteban. Ada works at Kankakee First Church of the Nazarene, where they are members. In his leisure time, he enjoys reading, writing and watching international soccer games.